Evansville, IN
June 11 at TBD

The Root
Hosted by Elevate
New Albany/Jeffersonville, IN
June 13 at TBD

Matchbox with Purdue Foundry
Lafayette, IN
June 20 at 7:00 pm

The Columbia Club
VCI Luncheon
Indianapolis, IN
July 11 at 11:30 am

Want to become a Spotlight Presenter?

Edwin is the world’s first Smart Duck; an app-connected toy with personality who guides children of all ages through an animated world of animated stories, games, songs & learning.

When and how did the initial idea of creating your own company come about?
Edwin team:  We grew up in entrepreneurial environments, and we’ve owned other companies in the past – the time and market were right for doing it again.

What was the greatest hurdle to overcome?
Edwin team:  The competition against well-funded established companies that have nearly infinite resources, compared to us.  We had to find a way to adapt, survive, and execute.

Who has had the greatest influence on you professionally?
Edwin team:  The HBO show “Silicon Valley” – it’s more than just a comedy, it is the best startup/tech tutorial around. 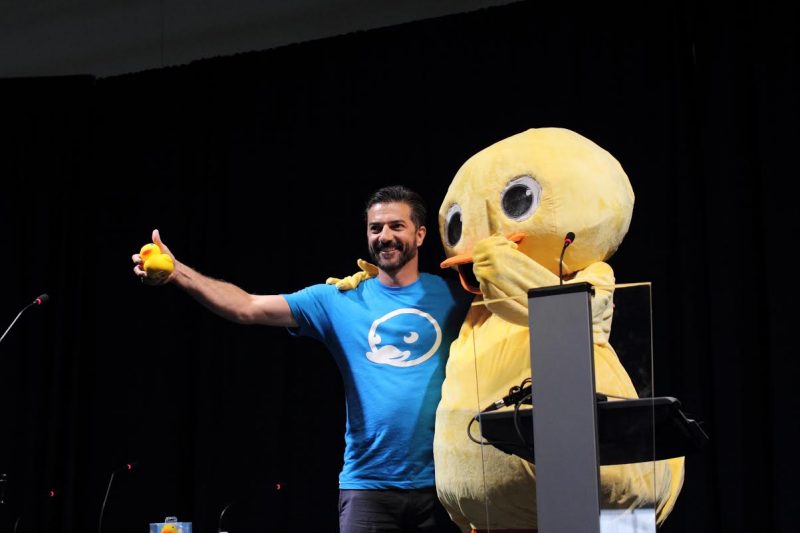 Tell us why you particularly wanted to get involved with and pitch to the Venture Club.
Edwin team:  We were getting ready to launch the product and we looked at every possible avenue of PR – and the Innovation Showcase was absolutely ideal for us.

Where were you when you pitched, and where are you today?
Edwin team:  We had not yet launch the product, nor had we finalized the product or app.  We are now in every Apple retail store in North America and in over 800 Best Buy stores – and many more on the way.

What has surprised you the most about your entrepreneurial journey?
Edwin team:  How much events prior to this have prepared us for everything.

Was there another startup’s pitch that you particular enjoyed, and why?
Edwin team:  DemandJump is going to be huge.

What was the most significant piece of feedback or advice you received from the Venture Club?
Edwin team:  “Now all you have to do is deliver”

Has the Venture Club helped you out in any other ways?
Edwin team:  The connections with the DIVE team are great – and the introduction to Blast Media and Fox.io were huge for us.

How would you describe the state of the venture and startup environment in Indiana today?
Edwin team:  It is really starting to grow… and diversify out from just email marketing.

How has the venture/startup community changed over the years?
Edwin team:  This is our first venture into Indiana venture startups – all previous startups have been either east or west coast USA based.

What advice would you give to others who are considering pitching to the Venture Club.
Edwin team:  Bring your “A” game – there are over 600 others competing. 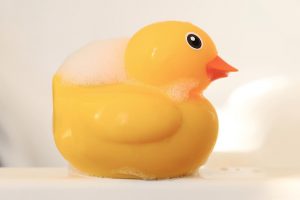 Give us a 30 second pitch for why we should hire/invest in/buy your company/product.
Edwin team:  We have changed the way consumer electronics and entertainment companies are going to operate at retail, in the market, at tradeshows, and pitch events.  It is no longer good enough just to have a good product – there must be a complete, scalable platform and experience.  Our first “prototype” of this shift is Edwin the Duck – he will soon be in every Apple store around the world – and every other retailer… and will have an entire entertainment division to grow momentum exponentially.  Our technology platform has now been proven at mass market retail and is able to be put in any existing product.  This is a threat to every established toy and consumer electronic company.